Cyndi has successfully completed the Music Together® Teaching Workshop developed by the Center for Music and Young Children, Princeton, New Jersey which recently awarded her the Music Together Certification Level I status for outstanding achievement in teaching, musicianship, program philosophy and parent education..
Lara Martin 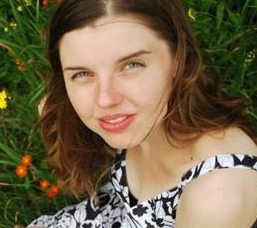 Lara Martin is a songwriter and actor who studied theatre, music and dance at the Randolph Academy for the Performing Arts. She has sung in choirs and music ensembles since childhood. She has performed music around the world in Scotland, Uganda, Cameroon and the Congo. Lara has performed music in a diversity of styles and settings which include musical theatre, classical music in choral groups, African folk songs, jazz at weddings, and she has sung back up for folk acts, and a hip hop band.
She recently released her first EP entitled “For Giving”. In addition, Lara has been a teacher of art, music and drama through various organizations which include: Discoverability, Abelard Centre for education, St Albans Boys and Girls club, and the Avenue Road Arts School. Lara has successfully completed the Music Together® Teaching Workshop developed by the Center for Music and Young Children, Princeton, New Jersey. 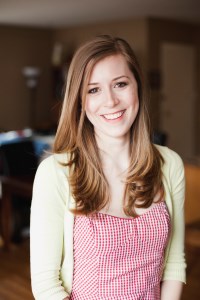 Kate is delighted to be a part of the ‘Fun with Music Together’ family! Kate began singing with the Oakville Children’s Choir, and throughout 9 years, toured and competed both internationally and within North America. She holds a Bachelor of Music Education in Voice from the University of Western Ontario, as well as a Bachelor of Education from Queen’s University, as a specialist Artist in the Community Educator. After 3 years of teaching full-time Junior Kindergarten-Grade 8 Music, Kate has shifted her focus to community music-making and education. She currently conducts the Intermediate Choir and Little Notes Prepatory choirs in the Oakville Children’s Choir. She also sings professionally with the Grammy-nominated Elora Festival Singers, and as part of the professional core of the Toronto Mendelssohn Choir. Kate plays the guitar, ukulele, and french horn, and is part of a three-piece Old Time band, the Wingback Stringband. Laura Cooper is overjoyed to be a Registered Music Together teacher and part of the Toronto MT teaching community! Though her educational background is in science (M.Sc. Neuroscience, McGill University), she has never stopped playing music for fun and she has always had a special connection with young children and families. Laura is currently working as a research assistant for a postpartum depression study at the University of Toronto, and supports families during their childbearing years as a birth and postpartum doula. Laura spent 5 seasons with McGill’s Savoy Society performing Gilbert & Sullivan operettas, in the orchestra pit, on stage, and behind the scenes. She played violin on a legitimate Canadian folk album (Toll the Bell, Lakes of Canada), plays violin and accordion and sings backing vocals for the Montreal-based folk-pop ensemble, The Seacoast Barony. 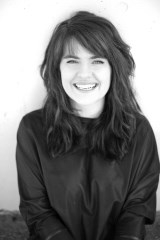 Shannon Dooks has been singing since the ripe age of 4 years old in Oshawa, ON and started enjoying drama at an early age as well. She has recently returned home after studying musical theatre in Australia where she lived for the past 5 years. She has performed on various stages in Sydney, Australia as well as taught at the Australian Girls Choir and currently teaches vocal lessons at Appletree Music Academy while keeping up with local auditions. She also has an EP out on iTunes that features three songs written by her that shows another side of her music career. Shannon has a passion for sharing music, drama and performance with children because of how young she started and how important it is to start early. She is looking forward to more Fun With Music Together! 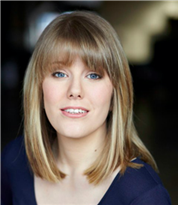